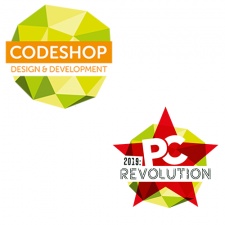 The afternoon sessions kicked off with the CodeShop, a series of talks about the more technical side of games development featuring none other than Epic Games and ED Music. That was before we moved on to looking at the future of the industry in our PC Revolution series of discussions, featuring talks from [email protected]'s Chris Charla, Valve vet and Stray Bombay Company co-founder Chet Faliszek, Network N's James Binns and much more.

You can check out everything you missed from the Seattle show here.