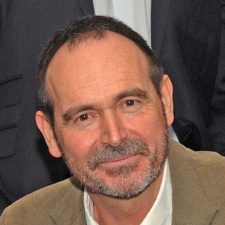 SpecialEffect is one of a number of organisations that worked with Microsoft to create the adaptive controller - a step towards ability inclusion by creating a jack-of-all-trades gamepad.

The charity’s founder and CEO Dr Mick Donegan says that the collaboration began life with a visit to Microsoft's Seattle headquarters..

“Bryce Johnson, the Senior Inclusive Designer at Microsoft, introduced us to the concept of the controller,” he says. “Initially some of our team visited the Xbox Accessibility Lab in Seattle and were shown an early prototype of what would become the Xbox Adaptive Controller.”

“We then worked together to contribute our thoughts on the features and design of the controller, and have since been involved in testing and giving feedback on the functionality of the prototypes and interfaces from a user-centred perspective. A key part of that has been to provide links to suitable testers for the prototype from people we’ve been working with through our projects using other hardware solutions.”

Donegan says that it's important for differently abled gamers to have access to control options, but until now these have tended to be more DIY affairs

“The main issue is getting access to an appropriate control device,” he explains. “We feel it’s very important to enable more people of all abilities to play video games on a level playing field.” Differently abled gamers have been throwing together their own hacked-together controllers for years, accounting for all sorts of physical challenges.

These are usually technically challenging and come with great expense, so why has it taken so long for a major manufacturer to take interest?

“To be honest, we don’t know,” Donegan says. “We’re just delighted that Xbox have come up with this well designed and accessible device.”

What’s the next step once the Adaptive Controller hits store shelves, then? Donegan explains that SpecialEffect won’t be sitting on the project; the company is already outlining plans to support the gamepad, and help those who need it make the most of its functionality.

“It would be sharing ideas on how to make the most of the Xbox assistive controller as it allows for highly customised setups,” he describes. “As well as introducing people to the controller and helping them to create their own setups through our face-to-face project work, we will be contributing to the sharing of ideas through videos that will be available on our website.”