How Nexon brought MMO MapleStory 2 from Korea to the West 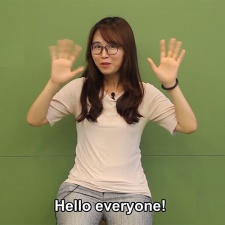 MapleStory 2 might be new around these parts, but the sequel to the classic MMORPG has been out in the wild in South Korea for over five years. Within a week of its Western release this October, however, the online title managed to win over one million players.

We spoke to Nexon Korea’s Miyoung Oh, lead designer on MapleStory 2, for insight on how to take an established game global

How has MapleStory 2’s Western release gone so far?

The release has been very positive. We had a very stable launch and players are enjoying the various contents in the game and are especially enjoying character customisation in the MapleStory 2 Workshop and playing mini-games. We feel that much of the positivity has been due to our transparency with players as we are making improvements based on their feedback. We plan to maintain this level of transparency with our community as we believe it’s important to the long-term success of the game.

The MMO attracted one million people in its first week in the West - what do you attribute to this success?

For the launch, we focused on three key things: stability, communication, and content.

During launch, our primary focus was the stability of our servers. We wanted to make sure that our players didn’t run into any critical issues and made sure that we were confident before launching the game to the public.

As we prepared for the launch, we also made sure to pay close attention to player feedback and have been communicating directly through various forms including our Producer Blogs. We believe that this level of transparency and communication were a part of MapleStory 2’s successful launch.

We have planned many engaging events and content updates that will keep our players enjoying MapleStory 2. We hope fans look forward to all the exciting amazing content that’s in store!

MapleStory 2 has been available in Korea for years now - what were some of the challenges in translating the game for a western market?

This is a challenge that we come across most games we publish. Translation can be a straightforward process, but it can get challenging when we want to localise and polish the game for our Western audience. There is plenty of lore and content from the game that we want to deliver to our MapleStory 2 players without it altered. Our talented localisation team was able to smoothly translate the game, as they previously worked on Maple Story and have been all-time fans of the franchise.

What are the biggest differences between the Korean and European markets, in your view?

Since the global market has players from various cultures based on different languages, there are many in the game who have their own likes and preferences. That is why MapleStory 2 has more diverse playstyles. This is more apparent through character customisation, user-generated content, and housing contents.

The MMORPG space has seen many changes over recent years - what is your view
on the state of the genre?

There are many developers thinking of how to change this world with the players and what new experiences to provide constantly. Personally, I think MMORPG should provide entertainment in mingling and playing with other players. This shouldn’t be limited to just battles. Whether it be chatting, performing, fishing, dancing, or meeting various people, we are making MapleStory 2 with activities as if you are living within this world.

What were the biggest lessons you learnt from the game’s original Korean release?

The lesson we learned is that the ways players play the game went beyond what we expected. There were players who used various systems to play the game in creative ways we never thought of, also some players took advantage of the game’s system and played in a way we did not intend. We realised the ideas and playing patterns of players can develop in various ways. It became an opportunity for us to encourage such methods and prevent unreasonable situations from occurring.

What lessons have you taken away from the game’s Western release?

We realised that transparency is key to success when communicating with our players. To ensure quality service, we have made sure to communicate with our players and work together throughout betas to prepare for a stable launch. Another interesting lesson we have learned is that even after more than 10 years, there are still fans of MapleStory who were eagerly waiting for the release of MapleStory 2.

Although MapleStory 2 is quite different from its predecessor, it opens up a whole new genre for both casual and hardcore MMORPG players alike. The game may not be perfect, but it’s very exciting to know that we are working closely together with our supportive fans to shape and improve the overall experience.

If you were to launch the game again tomorrow, what would you do differently?

We think the launch of the global version in October was a success as it was very stable and didn’t face critical issues affecting players. If we were given such an opportunity again, we’d apply the great feedback that players from the community are sharing even now.

What’s your long-term ambition for the game both here and in Korea?

The recent updates in both Korea and Global MapleStory 2 improved various issues shared by players. As we continue to make improvements, we are also busy preparing new contents and various exciting events that will be presented soon. The goal for both versions is to continue listening to the players and maintain a stable service.