Why did 500k people pay for Epic’s free-to-play title Fortnite on its first day? 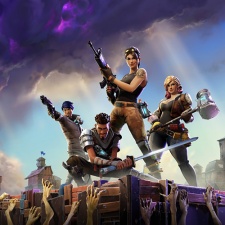 At the end of July, Epic Games released the Founders Edition for its upcoming release, action base-building title Fortnite, which cost at least

Despite it going free-to-play when it finally launches in 2018, this premium SKU sold more than 500,000 units on its first day on sale. We caught up with creative director Darren Sugg to find out more.

So, how would you say Fortnite’s launch went?

I keep using the word overwhelmed; we're happy that so many people are interested in Fortnite. The idea of building forts with your friends is something that resonates from being a kid to being an adult. It's in films. Whether it's Harry Potter defending Hogwarts or Aragorn on the parapets of Helm's Deep, it's a thing that our imaginations capture and we are seeing the results of people digging the idea of that.

Prior to launch, how did you think the game would do?

We imagined that the Early Access version of the world would attract people who are interested in games that need to developed with Epic and us, that kind of personality, to help us develop the game. They would build the foundation of the community because how our proceeding online test behaved. But the two biggest things people asked us for was to play it on console and a key to get inside the online test. We were trying to determine a more equitable way for this initial adoption audience to come in and we wanted to make sure it works on the console so they can participate in the development. We expected a modest group of people to show up. We knew it would be bigger as we added more platforms, but the scale we obtained was way bigger. We started showing it to streamers and they got excited so we decided to show it to more people – what's the worst that can happen?

Given that the game is going free-to-play, why have you opted to go for a premium release for this release? Was Early Access ever something you considered?

We knew we wanted to have a bunch of packs that we could test overall even when we're free-to-play to see what people like. We created a bunch of things that are really valuable in the game and then on top of that, using that as the gate to come in allowed people to choose whether they wanted to get involved or feeling like random lottery determined whether they could participate in the development community. From my perspective, it was simply a way to throttle people that want to come in. It's our obligation, and I hope we have delivered on this, that the stuff they get is awesome and well worth it, and very valuable and generous initially for taking the risk

From my perspective, it was simply a way to throttle people that want to come in. It's our obligation, and I hope we have delivered on this, that the stuff they get is awesome and well worth it, and very valuable and generous initially for taking the risk for starting a game that's still in development. It matters a lot to us that people feel like we understand the faith they place in us when they decide to vote with their dollar.

The same thing was true with our online test; we gave everybody a bunch of the Founders Packs just for some of the participants as people were spending money in our online test during the proceeding two years. On top of that, we credit them back all the B-bucks they got and added another 30 per cent on top of that. We were super generous for people that started out with that level of faith; this is the same version of that, just on a bigger scale.

Why go for free-to-play?

We just found out with a couple of things in the market, and Paragon, that ultimately free-to-play is the best way to reach the widest possible audience. Everybody who wants to participate in the game can with a low barrier of entry. It's just that. We want everybody to play Fortnite so this is the model that allows the greatest possibility for that. It was the same reason why we want to be on PC, Mac, PS4 and Xbox One; we want the widest group of people to be able to play the game. The free-to-play model suits that pretty well.

In the past, I have spoken to developers who say making free-to-play games is more about making money than making a good game. What sort of challenges have you encountered developing for free-to-play with Fortnite?

You have to consider what kind of philosophy you want at the very top of the generation of that conversation. There are games on various platforms in the market that have made choices to optimise for revenue generation versus good gameplay, but I don't think those two things are married together. Epic has the flexibility, largely from the mandate that Tim has given to us, which is: 'Hey, go make a good game and everything else will sort itself out'. We don't have any pressure where if we don't make so much in revenue from our game then we're going to have to turn some screws on the free-to-play model. That's not how Epic is wired. We want to make something and if people like it, they'll spend money on it. If they don't, then we'll have to do something else. We have the flexibility to iterate through those problems. A lot of other studios don't have that luxury. We definitely understand that's a luxury that we have and we're going to continue to iterate through that experience to make sure it feels generous and awesome as you play through. Most of our rough spots from our design side are actually the result of our incomplete balance of the game less so than any monetisation strategy.

What’s your long-term aim for Fortnite?

We have a lot of plans. Our hope is that aside from the generic tuning and making the game feel good, we have huge areas of content that we need to fill out. Once you start getting beyond 60 hours into the game, we want to add more content at that level. It's our hope to have a structured horde style mode and some PvE and some pseudo-competition and basically having a regular content cadence where every few weeks we're delivering content and experiences to the player. We are designed to be a living game more like traditional online games than a DLC-based disc game of old. We want to maintain a community and player base where we are injecting new things into it to make the game always grow. That's our plan. Once you get to free-to-play, whenever that is next year, we are going to have to have a solving a bunch of our onboarding rough spots to make sure that people understand the game. We're going to make that better next year as we approach that wider audience. That's what the plan will be. It'll feel good in the beginning, it'll be clean and the UI will be awesome, and the user experience will be smooth, then we'll have plenty to do for the people that play from hour one through to hour 200.