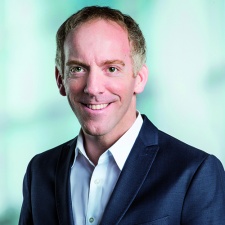 Ahead of Gamescom 2017, we speak to the event’s project manager Tim Endres to see what we can expect from this year’s show.

How would you say Gamescom 2016 went?

Gamescom once again justified its status in 2016 as the world's largest trade fair for computer and video games. With 345,000 visitors, we had a number of visitors similar to that of the previous year, and that makes us number one worldwide by far. Add to that the growth on the exhibitor side, where we grew by nine percent. With 877 exhibitors from 54 countries, we were able to set a new record with regard to the number and internationality. To this extent, Gamescom 2016 was very successful. And of course we can now really build on this success.

What can we expect from Gamescom 2017?

Generally speaking, all trade fair participants can expect a few innovations this year: for one thing the date, or more precisely the sequence of days of Gamescom. We are starting on Tuesday, 22 August with the trade visitor and media day. Gamescom is then open to all from Wednesday, 23 August to Saturday, 26 August 2017.

The Gamescom week, which encompasses all events revolving around gaming in the vicinity of Gamescom, will also present some innovations. We, in this case meaning Aruba Events GmbH as the organiser, Computec Media GmbH as a media partner, the German Trade Association of Interactive Entertainment Software (BIU) and Koelnmesse as sponsors, as well as International Business Media as further supporters, will present a high quality, international developer conference in the context of the Gamescom week. As a result of the conceptual and content relationship with Gamescom and integration into the Gamescom week 2017, we create synergies and strengthen Gamescom in its position as Europe's leading business platform for the games industry.

In addition, we, meaning the BIU (German Trade Association of Interactive Entertainment Software) and Koelnmesse, were able to recruit a strong partner for another top event in the context of the Gamescom week in SPONSORS, one of the leading organisers for congresses involving the theme of sports marketing for top level decision makers. The event will take place under the title SPOBIS Gaming & Media, and is a real gain for Gamescom. Our common goal is to utilise the congress event in the context of Gamescom to network the top decision makers of the advertising industry, media companies and professional sports with the gaming world, thus creating new synergies.

The Gamescom week thus starts on Sunday, 20 August, together with the Devcom, which continues until 24 August. SPOBIS Gaming & Media, which will particularly focus on the theme of eSports, takes place on 21 August.

Proven formats like the Gamescom congress on Wednesday, 23 August, or the Gamescom city festival from Friday, 25 to Sunday, 27 August, perfectly round off the Gamescom week. One thing is clear; the exhibitors will also once again present many new products in the halls, and planning for the supporting programme for 2017 is also running at full speed. Gamescom 2017 will definitely once again be a 360 degree event experience!

As well as Gamescom, you are also one of the organisations running Devcom – a show that replaces GDC Europe in the games calendar. Can you tell me a bit about this new event?

Devcom is a newly conceived of developer conference at a top international level! Devcom debuts on 20 August 2017. Consisting of a classic conference component with top themes of the developer scene and top international speakers, as well as summits, master classes, workshops and networking events, Devcom represents a clear further development: in terms of content, the new developer conference is closely interlocked with Gamescom and completely integrated into the Gamescom week.

The organiser of Devcom is the Aruba Events GmbH. As the organiser, it assumes the complete financial responsibility for Devcom. The BIU, the German Trade Association of Interactive Entertainment Software, and Koelnmesse GmbH are the sponsors of Devcom. Computec Media GmbH (incl. Making Games, gamesbusiness.de, golem.de, gamesworld.de) will closely accompany the conference as a media partner. Frank Sliwka, International Business Media, together with Stephan Reichart and the team from Aruba Events GmbH, will implement the project and provide support with important tasks.

The strategic orientation and content design of Devcom is being assumed by two boards. The strategic advisory board, consisting of representatives of Aruba Events GmbH, International Business Media, of the BIU (Federal Association of Interactive Entertainment Software), sponsor of Gamescom, and Koelnmesse GmbH, organiser of Gamescom, defines the strategic orientation, the most important themes and speakers of special relevance in the interplay with Gamescom.

What sets it apart from GDC Europe?

In terms of content, Devcom is much more closely linked to Gamescom and spatially integrated into Gamescom. Devcom itself also consists of various segments: the Devcom developer conference, the Respawn, the Developer Night and Lounge, as well as Summits, Master Classes und the Gamescom Keynotes, which will also fly under the Devcom flag. It offers another conceptual concept approach with a view toward classic developer trade fairs.

What would you say the presence of PC games is at Gamescom versus other trade shows?

One unique selling point of Gamescom is that we represent gaming in all of its facets, and thus truly across platforms. Console gaming, mobile, online, PC, virtual reality, eSports – all of these themes have their place at Gamescom. You won't find that anywhere else. Other trade fairs, like the E3 in Los Angeles, where I just was, focus very strongly on the theme of console games, and in Asia one often finds online and mobile games. Gamescom covers it all. Like eSports, PC games make up an important share of Gamescom, and are perfectly complemented by the additional offerings around the theme of gaming.

What’s your ambition for Gamescom and Devcom 2017?

It is generally our ambition to design Gamescom better every year, especially with a view to the requirements of the various target groups. Among other reasons, due to the intensive exchange with the industry and our partners, we receive very good and constructive feedback, which we allow to flow into the further optimisation of the show. The success of Gamescom is a product of cooperation, and we will continue to stick to this philosophy in future. In this too the main thing will be to address both existing and new visitor target groups through various and target group-compatible actions and offerings, and to further expand the internationalisation of Gamescom.

And when we look at current developments, we are in every respect on the right track: with regard to exhibitors we are in a plus position on the target date. It looks as if we can once again look forward to exhibitor growth. We are also on a growth course in terms of internationality. With regard to area, this year we will surpass the 200,000 square metre limit: this year we will open up Hall 1 for the first time to Gamescom. At the first Gamescom in 2009, we had 100,000 square metres of space. We are now at 200,000 square metres.

Taking the very good figures and developments as a starting point, we are convinced that Gamescom 2017 will once again more than justify its position as the international business and innovation platform of the computer and video game industry.