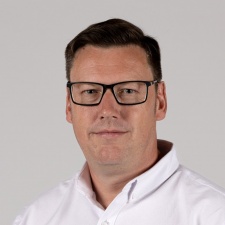 Shares in UK games firm Frontier Developments have more than halved in value after the company warned shareholders it would not be meeting its fiscal forecasts for the year.

In a trading update, the Cambridge-based company said due to F1 Manager 2022 not performing as strongly as it would have liked, it will not be making quite as much revenue as it had anticipated.

This looked to be in the region of £135 million ($163.8 million). Frontier reckons it can still beat last year's revenue, though that very much depends on myriad economic factors outside of the company's control. Erring on the side of caution, Frontier says it hopes to make more than £100 million ($121.4 million), which would result in an operating profit of around £2 million ($2.4 million).

The company has also revised its revenue outlook for the 2024 financial year; Frontier reckons it will see growth of five per cent year-on-year, rather than 20 per cent.

Following this trading update, the company's shares tumbled from around £10 to its current £4.80.

"It is very disappointing to be resetting our financial expectations," CEO Jonny Watts said.

"As CEO, I am driving a change in emphasis to increase focus on our core strengths and skills, with particular attention to increasing the return on investment that we achieve from our world‐class teams. We intend to grow the number of our development teams to increase the cadence of new releases, whilst continuing to nurture our existing portfolio, to achieve sustainable growth.

"We have created a strong portfolio of games and we continue to learn and respond to challenges as we expand and nurture our portfolio. I am grateful to our talented people for their continued hard work."

This is Watts' first year as CEO after he replaced founder David Braben at the top in August.