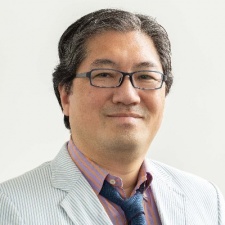 The creator of Sonic the Hedgehog has been arrested on suspicion of insider trading.

That's according to Japanese publication FNN, which reports that the developer was arrested by Tokyo District Public Prosecutors Office due to him allegedly buying shares of studio Aiming.

It's claimed that Naka bought 10,000 shares of the developer for ¥2.8 million ($20,000) ahead of it being announced that it would be working on Tact, a new entry in the Dragon Quest franchise. At the time, Naka was working at publisher Square Enix.

He has been arrested for insider trading under the Financial Instruments and Exchange Act.

It's also reported that two other former Square Enix staffers, Taisuke Sasaki and Fumiaki Suzuki, were also arrested for insider trading. They also are claimed to have bought shares in Aiming.

Naka worked at Square Enix until April 2021 on the critical flop Balan Wonderworld. He has since sued the company for being removed from the title.