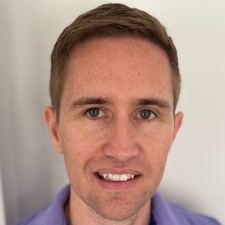 RuneScape maker Jagex has hired Matt Saunders as its vice president of marketing.

He comes on board having previously worked at Forte's games business division. Before holding that role, he has had roles at Zynga and N3twork.

"We are thrilled to have Matt join the team, where his extensive experience in marketing will help Jagex continue to grow," Jagex CEO Phil Mansell said.

"His expertise in marketing and user acquisition specifically means he will be playing a key role in the ongoing success of The RuneScape franchise, our third-party publishing arm Jagex Partners, and the recently acquired Pipeworks Studios. These are exciting times for Jagex and for every player who loves our games, and we look forward to spreading that message even further with Matt’s support”

Saunders added: "I am delighted to join Jagex as VP of Marketing. Pairing my data driven approach with the incredible creative talent at Jagex is an amazing opportunity and I look forward to making a significant impact in the continued growth and development of the company."

Disclaimer: Alex Calvin is a freelance journalist who worked with Jagex on RuneScape: The First 20 Years

Jagex hopes to expand studio headcount by more than 25 per cent by end of 2019, announces two senior hires