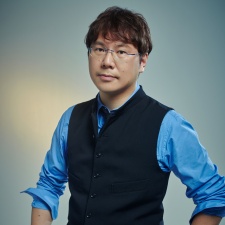 The venture is being headed up by Capcom vet Hiroyuki Kobayashi, who joined the firm in August of this year. GPTRACK50 will be focused on creating original game IPs, preferably ones that translate to film, books and manga.

Kobayashi worked at Capcom for 27 years and during his time contributed to the company's biggest IPs, including Resident Evil, Devil May Cry and Mega Man.

"I believe that NetEase Games, a company with extensive experience in investment and co-development, is a very reliable business partner in developing high-quality games and entertainment projects," Kobayashi said.

"With the support and respect from NetEase in understanding me and my team’s development achievements and values, I will build a stronger team with the goal of creating more original quality content that will satisfy users around the world."

This is the latest NetEase expansion outside of its native China. The company has opened two new studios in the US with Jackalope and Jar of Sparks, on top of establishing Japanese-based Nagoshi Games and acquiring Grasshopper Manufacture.