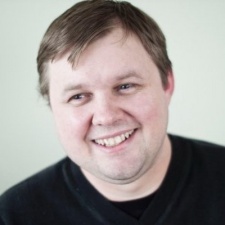 News of his death was announced via a tribute group on Facebook in a post which said that he died suddenly surrounded by his family on October 15th. There's no word as to what the cause of death was.

"He loved real life as much as games," the group's admin wrote.

"He was a devoted husband, father, brother, and son."

Baudoin's career in games began as a lead QA tester and production coordinator for Activision back in 1997. Four years later he landed his first designer job as lead level designer for Cyberlore on the Mechwarrior franchise. In 2003 he was hired as a designer for Black isle Studios, where he spent eight months working on the developer's cancelled attempts at Fallout 3 and Baldur's Gate 3. At the end of that year, he was snapped up by Obsidian, contributing to Neverwinter Nights 2 and KOTOR 2, before moving to BioWare in 2006. He spent six years at the studio, working on the first two entries in the Dragon Age franchise, as well as Origins. In 2012 he joined Bethesda as a senior designer, working on Fallout 4 and Fallout 76. At the time of his death, he was working on the upcoming Starfield.

"Ferret Baudoin took over as lead designer on #Fallout76 for wastelanders. An eternal optimist and a dear friend. We had lunch several times since I departed Bethesda. He will be dearly missed."

Our thoughts are with his family and friends during this time.

Fallout 5 will be coming after Elder Scrolls 6