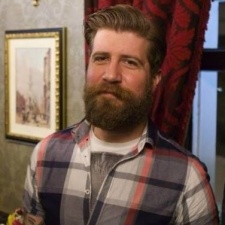 Brian Ayes has passed away at the age of 42.

News of his death was revealed on Twitter by Ryan King, one of his colleagues at Sega Europe. In a JustGiving funding page to raise money for his funeral, it's said that he passed away "after a short illness." Said page has raised £10,040 at the time of writing, 334 per cent of its initial goal.

"He was a much-loved son, brother, partner, friend and colleague," reads the JustGiving page, set up by his friend Aydogan Mehmet.

"We have set up this Just Giving page to help his mother Jackie, stepfather Barry and partner Kay with the considerable costs of a funeral."

In his post, King added: "Devastated that we've lost Brian, who was truly the best of us - warm, funny, brilliant, a huge loss to us all."

Ayers had worked in the games industry since 2008, when he joined Konami's sales and trade marketing team. From there he moved into PR and marketing, eventually becoming European brand manager in 2013. Two years later, he moved to Capcom to work as a senior brand manager, a role he stayed in until 2020 when he was hired by Sweden's Paradox Interactive as a senior product marketing manager.

In 2012, he joined Sega Europe as a senior product marketing manager.

He will be missed by many in this industry. Our thoughts are with his family and friends during this time. If you want to contribute to his funeral costs, the link for the JustGiving page is here.

Dovetail VP Wilding has passed away