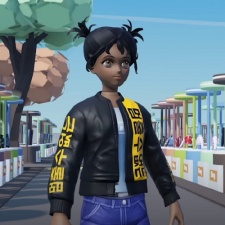 At this weekend’s RDC, Roblox Corp., the company behind Roblox, shared a new stylistic direction for its online games platform as it looks to the future of the metaverse.

Roblox is implementing improvements to avatars, chat and even its physics engine to keep up with the growing demands of its widening fanbase.

Fans of the Lego Minifigure-style player avatars do not need to worry as the old will mix with the new, meaning classic Roblox designs will mix with more realistic Sim-like player characters.

In the last 12 months, Roblox Corp. has announced an overhaul to graphics with new in-game textures alongside these new avatars with realistic clothing and improvements to the developer tool kit.

These quality-of-life improvements come at a time when Roblox developers will be gaining access to new options as they build new experiences for players.

Developers will be able to create new facial animations and sell them on the Roblox store using the new “self-view” feature, allowing developers to project facial expressions onto an avatar.

Currently, this feature enables developers to create animations that are up to 60 seconds long.

Players can also take advantage of this feature as players can dynamically project their real-world expressions onto Roblox avatars using image capture technology.

Tunnelling into the future

Along with creating new facial animations, developers will have the option to send players to other experiences on the Roblox platform through “tunnels”. These tunnels work in a similar fashion to 'Portals' which developers have begun implementing in their games to cross-promote, however, these new tools are said to be managed through Roblox Corp themselves, rather than being a solely developer-powered integration.

Acting like fast travel points between games, these 'tunnels' enables players to jump from one game to another without scrolling through menus. Advertisers will be able to get their hands on these tunnels to implement “immersive ads” that transfer players to branded experiences.

It is rumoured that this style of interconnected games is the future of the Roblox platform, with the idea of doing away with a flat 2D menu to select games and implementing a new 3D space that players can roam in before entering a game. This would certainly fit the interconnected metaverse view, however, the sheer amount of experiences on the platform, as well as the required considerations for how users customise their avatar, raise questions about the viability of this.

The Roblox platform relies on user-generated content however, that means it needs to encourage many developers to continue supplying the platform with games.

A major stumbling point for new developers is finding that crucial first core player base. Roblox Chief Product Officer Manuel Bronstein has said his company is investing time and money into making sure that new content has a fair shot at being discovered by players on the platform.

However, this is not something that will change overnight, rather it will be incremental as the game platform moves forward.

Following Roblox Corp.’s acquisition of Discord competitor, Guilded, last year, the company also looks to use this asset to implement features for its player base that they currently find on services such as Twitter and Discord.

Much like the changes to the platform’s algorithm that will make it easier for players to find new experiences, these features will not appear in Roblox immediately and it will be some time before players can fully reap the benefits.

This article was first published on PocketGamer.biz.