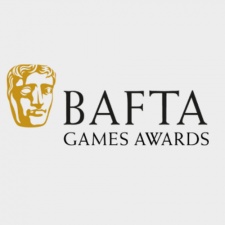 BAFTA has confirmed the eligibility and voting rules for the 2023 BAFTA Games Awards, the prestigious annual ceremony that celebrates and rewards the very best games of 2022 and the talent behind them.

Entry is now open to all developers and publishers for games released between 1 January and 9 December 2022. The entry deadline for submissions is 17 November and entry information including rules and eligibility requirements is available now. The nominations will be announced on 2 March 2023, ahead of the ceremony on 30 March.

Several updates will be introduced by the BAFTA Games Committee to enable the awards to evolve and reflect the ever-changing landscape of the global games industry.

Tara Saunders, Chair of BAFTA’s Games Committee, said: “We’re delighted that entries are once again open for the BAFTA Games Awards. Over the past 20 years, they've have become one of the most prestigious and respected international awards for the global games community. The BAFTAs are unique as they are voted for by the people who create games and deeply understand the craft. They are experienced industry professionals who represent roles from across the sector.

These awards celebrate the very best games and talent, from indie developers to triple-A studios, so I encourage everyone who has released a game in 2022 to enter – no matter the size of your team or budget! Enter before 17 November to ensure you’re in with a chance of winning a BAFTA. I personally can’t wait to see which games are in the running when we announce the nominations next March!”

This category is now only open to games whose original release predates 2022 and which has received, and will continue to receive, regular updates and significant enhancements to improve the game and to support the community in 2022. Communication and engagement with the player community will now be judged alongside gameplay updates and enhancements.

Entrants will now be asked to detail how they have communicated updates to the player community, and will have the opportunity to detail other ways in which they have engaged and interacted with the community outside of the game.

Eligibility in this category will now be limited to games that clearly deliver a transformational experience beyond entertainment as a primary aim. Entries will now be judged on external activity undertaken by the developers to support the aims of the game, as well as content within the game.

Entrants will now be asked to provide up to three short supporting statements, outlining the games eligibility in the category, providing examples from within the game to demonstrate eligibility, and detailing any external activity undertaken by the developers to support the aims of the game.

Remasters of existing games will not be eligible in any category. Full remakes, and substantial pieces of downloadable content (DLC), may be eligible in particular craft categories pending review and approval by BAFTA’s Games Committee.

Eligibility is now limited to games which release in the UK between 1 January – 9 December 2022. Games released after 9 December will be eligible for the 2024 BAFTA Games Awards.

BAFTA studies entry data across its Awards to deepen understanding and provide insights into how the screen industries are progressing on diversity and inclusion and highlight areas of underrepresentation. This data informs rule changes as well as interventions and initiatives offered by BAFTA to address sector issues.

British Game entrants will be asked for details of their company policies on bullying and harassment. This is not mandatory but is encouraged to inform future activity and is consistent across all BAFTA Awards, including Film and TV.

You can view previous nominees and winners on the BAFTA website.

This article was first published on PocketGamer.biz.

What Remains of Edith Finch takes Best Game at BAFTAs

Industry has made progress when it comes to diversity, but there's still work to be done, says Siobhan Reddy