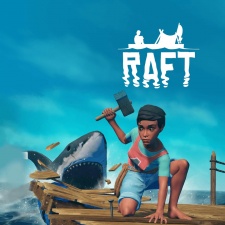 For the week ending July 16th, Axolot's title held steady in second place. This follows 1.0 version of the game launching on June 20th having been released into Early Access back in March 2018.

The top spot once again goes to Valve's Steam Deck hardware, in no short part due to demand and the console's high price, while pre-orders cat cyberpunk romp Stray return to the Top Ten in third place ahead of its launch on July 19th.

Elden Ring also re-enters the Top Ten in fourth place though there's no clear reason why. The game hasn't had a price cut and there's no update that might have garnered this reaction. It's possible that sales have been steady but Elden Ring was pushed out of the Top Ten during the Steam Summer Sale by the cheaper titles on offer there.

Police shooter Ready or Not holds steady in fifth place, while F1 22 falls two places to No.6. Valve's Index virtual reality headset returns to the charts at seventh, while Monster Hunter Rise DLC Sunbreak drops from third to eighth week-on-week. The base game has also dropped two places down to No.9.

Rounding off the Steam Top Ten is the Prime status upgrade for Counter-Strike: Global Offensive.

Here is the Steam Top Ten for the week ending July 16th: