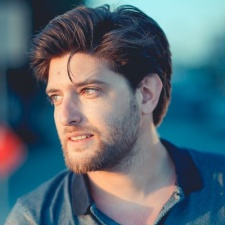 The recently released Teenage Mutant Ninja Turtles title, Shredder’s Revenge, has shifted over one million copies since its release.

The title made its debut back on June 16th and was the fifth highest-selling game on Steam for the week. Shredder's Revenge takes after Konami's classic Ninja Turtles titles from the 1980s.

“TMNT: Shredder’s Revenge is the game I dreamed of working on ever since I began watching the original cartoon and funneling coins into the TMNT arcade cabinets as a kid,” the CEO of publisher Cyrille Imbert (pictured) said.

“We are immensely grateful to Nickelodeon for the opportunity to honor an era of TMNT that profoundly impacted the lives of everyone at Dotemu, and to our friends at Tribute Games for expertly capturing the classic thrill of the Turtles’ battles with the Foot Clan in a new experience that feels completely fresh and exciting to play.”

The cofounder of developer Tribute Games Jean-Francois Major added: “Tribute Games set out to make the ultimate celebration of a chapter in TMNT history that means the world to us, and it’s been wonderful to watch the accessible fun of beat-em-ups resonate with longtime fans and genre newcomers alike. We’re thankful for all of the support and encouragement the passionate TMNT community has shown us since the reveal of TMNT: Shredder’s Revenge, and we look forward to watching players continue to discover the easter eggs we’ve hidden throughout the game while chaining together some bodacious combos.”