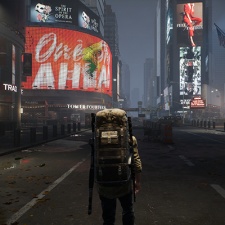 Singapore-based game developer Fntastic has defended using its decision to have volunteers work on the eagerly anticipated The Day Before.

Speaking to Eurogamer, the studio said that its culture is built upon people offering what they can to a project.

This comes in the wake of Well Played reporting on Fntastic's use of volunteers at the company. These are divided into full time volunteers, who are paid a salary, and part time volunteers who are not. The latter is apparently working on things like translation and community moderation.

"The company's values are built upon the idea of volunteering which means that every person who works or volunteers here is doing that willingly, acts with dedication, and enthusiasm, and supports the team by any means possible," Fntastic said in a statement to Eurogamer.

"We have many people around the world who are helping us out in many ways, they are part-time volunteers. They help with any projects that we have. While full-time volunteers are the employees of the company."

This news follows word that The Day Before has been delayed from June 21st of this year to March 1st, 2023. Nominally this is so that Fntastic can port the title from Unreal Engine 4 to Unreal Engine 5, though developers on social media have pointed out that this process should take nowhere near that long.

The title is currently the most-wishlisted game on Steam.