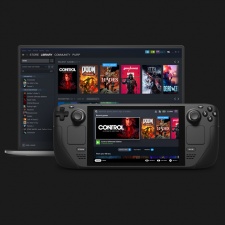 PC games giant Valve has said that production has picked up for its Steam Deck hardware.

In a post on the console's official Twitter account, the company said that from now on it will be shipping twice as many items as it was before every week. This comes alongside Valve planning to email those who had a Steam Deck reserved for the third quarter of this year so that they can pay for their hardware. If that's you, expect an email on June 30th.

"Some great news on the production front. We just sent the last batch of Q2 emails, and we’ll start sending Q3 reservation emails on the 30th," Valve wrote.

"Production has picked up, and after today we'll be shipping more than double the number of Steam Decks every week!"

Steam Deck was released in February of this year having been delayed from the previous December.

There's no word yet on how well the Steam Deck has sold to date, but the hardware has been met with an overwhelmingly positive critical reception.