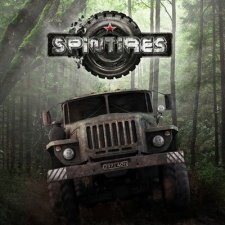 Games publishers Saber and Oovee are engaged in a bitter legal battle over the publishing rights to 2014 hit Spintires.

As reported by Eurogamer, the title was initially published by Oovee, who partnered up with solo developer Pavel Zagrebelnyy for the PC project. Saber came on board later to work on the console versions, later creating sequels Mudrunner and Snowrunner with Zagrebelnyy. Back in 2016, it seemed that Oovee and the solo developer had fallen out, with both parties accusing the other of delayed payment on overdue work. Though the relationship appeared to approve, two years later they fell out again.

The root of the issue is an agreement that Saber and Oovvee came to in August 2016, which said that the latter owned the publishing rights to Spintires, while Saber was able to make "improvements and enhancements" under license. Oovee now says that this included the sequels, from which the company is now claiming it is owed 25 per cent of royalties from those games.

Last week, Oovee's legal firm published a press release with a number of claims against Saber, who has since filed a defamation claim due to Oovee's allegations.

"While it is our position to refrain from commenting on details of ongoing matters subject to dispute, we will say this press release by Oovee is nothing more than an attempt to use public opinion to force a settlement," a Saber spokesperson said.

"Nearly every line in Oovee's press statement contains a falsehood or a misrepresentation. Eurogamer wrote an insightful and informed article in 2016 regarding the matter which accurately depicted how Oovee came to deprive Pavel of his life's work. This should provide you all the evidence you need to draw conclusions on the matter."

Activision Blizzard is trying to have court dismiss DFEH lawsuit