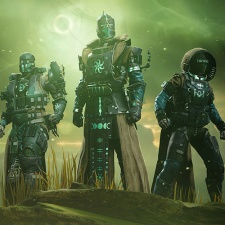 Destiny 2 maker Bungie has won $13.5 million in damages after taking a cheat creator to court.

As reported by Torrent Freak, Judge Tana Lin approved a settlement that saw companies Elite Boss Tech and 11020781 Canada – as well as their owner Robert James Duthie Nelson – accept liability for the damage he caused by creating cheats for Destiny 2.

“This permanent injunction is binding against Defendants worldwide, without regard to the territorial scope of the specific intellectual property rights asserted in the Complaint and may be enforced in any court of competent jurisdiction wherever Defendants or their assets may be found,” read the motion.

“Any violations of this order by Defendants will subject them to the full scope of this Court’s contempt authority, including punitive, coercive, and monetary sanctions.”

Bungie has taken a number of cheat creators to court alongside other game developers. In January 2021, the firm teamed up with Riot Games in a lawsuit against GatorCheats, before taking Ring-1 to court in August 2021 alongside Ubisoft.