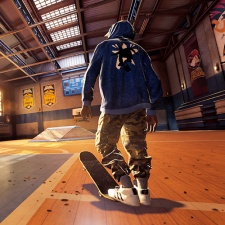 That's according to skateboarding legend Tony Hawk, who said on a live stream – as spotted by VGC – that there were plans to develop and release an updated version of the third and four entries in the franchise. It seems that Vicarious – who worked on Tony Hawk's Pro Skater 1 and 2 Remake – was initially developing the project, but Activision tried to find another studio to take on this work after Vicarious was moved into Blizzard.

“We were doing 3 and 4, and then Vicarious got kind of absorbed, and then they were looking for other developers, and then it was over.”

He continued: “The truth of it is [Activision] were trying to find somebody to do 3 and 4 but they just didn’t really trust anyone the way they did Vicarious.

“So they took other pitches from other studios, like, ‘what would you do with the THPS title?’ And they didn’t like anything they heard, and then that was it. Who knows? Maybe when the dust settles, we’ll figure it out. You never know. I never would’ve thought we were going to do 1 and 2 20 years later.”

Tony Hawk's Pro Skater 1 and 2 Remake launched in March 2021 and shifted one million copies in its first two weeks.

There could be a new Tony Hawk game on the way