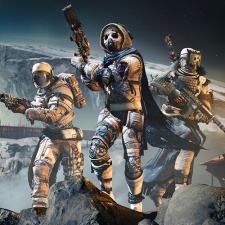 Former Bungie composer Marty O'Donnell has been found in contempt of court over his uploading of Destiny assets to various platforms.

As reported by Eurogamer, the musician was taken to court by Bungie in April of this year after O'Donnell uploaded videos with music from space shooter Destiny. These include early versions of what would become the track Music of the Spheres.

So how was O'Donnell found in contempt of court? Well, back in April 2014 he was fired from Bungie and asked to return all material related to his work on Destiny. The following year, he was barred from sharing or performing any of this material in a court injunction.

When he started uploading videos with music from Destiny on YouTube and Bandcamp, Bungie took him to court alleging O'Donnell was in contempt of court. Back in July, Judge Regina Cahan of Washington King County's Superior Court ruled in the studio's favour, saying that "O'Donnell intentionally disobeyed" the injunction.

As a result, O'Donnell has been ordered to remove any infringing material from the public domain, including reaching out to any third-parties that he knows has the content. That's on top of a message he must post to his social media platforms "stating that he did not have legal authority to possessor provide material related to Music of the Spheres or Destiny and asking anyone who previously downloaded any such assets to delete them and refrain from sharing and will destroy any copies of them".

As of yet, O'Donnell has not done this.

Destiny made its debut back in 2014 with a collaboration with publisher Activision. In the wake of Bungie and Activision parting ways, O'Donnell said that the relationship between the two companies was "bad from the start."