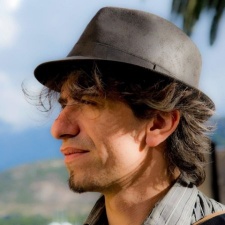 This new venture encompasses RaceWard Studio, a local racing developer that became part of Nacon back in 2019, as well as other game devs. The former is set to work on a new racing game, while another team is creating an action-adventure project.

Nacon Studio Milan is to be headed up by former Raceward CEO Marco Ponte (pictured).

"We are proud of the direction we are heading in," Ponte said.

"Originally a team of racing experts, the studio has grown quickly, and our new talent has given us the desire to explore new territory. That's why we decided to broaden our horizons and try another type of game. We are looking forward to presenting this new project to the world. Our family is growing and we are hoping to welcome new members soon as we build our team."