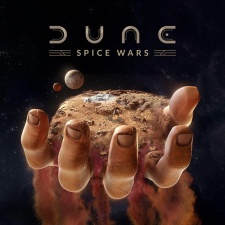 Dune video game Spice Wars has finally launched and has debuted in third place on Steam.

The strategy title was released into Early Access on April 26th, coming in the wake of renewed interest in the iconic sci-fi franchise off the back of the 2021 movie from Denis Villeneuve. It's worth noting that Dune holds a special place in the hearts of many PC gamers due to the fact that 1992's Dune II laid the groundwork for the blockbuster Command and Conquer franchise.

First place this week went to Valve's own Steam Deck, which holds onto the top spot, while the company's Valve Index VR Kit drops three places to No.9 week-on-week.

Elden Ring also holds steady in second place, while last week's No.3 – Cyberpunk 2077 – falls five positions to eighth. The Ultra Deluxe version of 2013's The Stanley Parable debuts in fourth place and shifted more than 100,000 units during its first 24 hours on Steam, according to developer Crows Crows Crows.

The Game of the Year Edition of Sekiro: Shadows Die Twice returns to the Top Ten in fifth due to a 50 per cent price cut. Capcom's Monster Hunter Rise saw a similar price cut, coming back to the Steam charts in sixth.

Rogue Legacy 2 – the sequel to the 2013 roguelike – made its debut at No.7 following its April 28th release.

Rounding off the Top Ten is Dying Light 2, likely due to the zombie romp's 20 per cent price cut on Steam.

Here is the Steam Top Ten for the week ending April 30th: