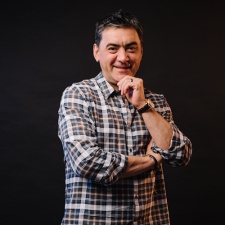 Veterans of Sperasoft and Microsoft have set up a brand new developer called Arctic7.

Igor Efremov (pictured), Mark Rizzo and Alan Van Slyke have opened the venture down in Austin, Texas and has already landed $2 million in seed funding. This round was led by San Francisco-based VC firm Grishin Robotics.

Efremov previously worked at EA but went on to found Sperasoft alongside Mark Rizzo, who himself had held roles at the likes of Sony and EA. Meanwhile, Van Slyke's CV includes positions at Epic, EA and Sony, before landing the role of COO at Microsoft's Undead Labs.

“Mark, Alan and I have long shared a vision of creating a company that is built on our personal beliefs and ambitions," Efremov said.

"With Arctic7, we can look forward to identifying industry opportunities and seizing them, and we are incredibly grateful that our investors have decided to come onboard for the journey ahead. The initial funding – which exceeded expectations - gives us the launchpad to realise those ambitions, deliver top quality game experiences, and establish ourselves as a first-class developer.”

A Grishin Robotics spokesperson added: “The Arctic7 team has a proven track record of working on some of the most successful projects at the biggest companies. In short, Arctic7 is a start-up that is born from decades of experience and solid industry contacts and we can’t wait to see its success unfold.”