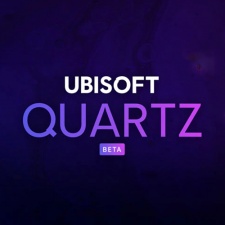 This new function is coming to the game in a beta form via its new Quartz platform and will take the form of cosmetics for weapons and vehicles, called Digits.

NFTs have come under fire as a business model due to their generally huge energy footprint; Ubisoft has insisted that its Quartz platform will be using a Tezos proof-of-stake process – as opposed to proof-of-work – which it claims is more efficient. In fact, Ubisoft says that this is one million times more efficient than Bitcoin transactions.

“Our long-term efforts led us to understand how blockchain’s decentralised approach could genuinely make players stakeholders of our games, in a way that is also sustainable for our industry, placing back into their hands the value they generate through the time they spend, the items they buy or the content they create online,” VP of Ubisoft's Strategic Innovation Lab Nicolas Pouard said.

“Ubisoft Quartz is the first building block in our ambitious vision for developing a true metaverse. And it can’t come to life without overcoming blockchain’s early-form limitations for gaming, including scalability and energy consumption.”

Ubisoft's blockchain technical director Didier Genevois added: "Energy-efficiency is a key requirement to propel blockchain technology into a future where it can be widely used by millions of players. We chose Tezos because of its original Proof-of-Stake network and its leadership on clean NFTs. One transaction on their network uses the same amount of energy as streaming 30 seconds of video, while the previous generation of blockchain networks can consume the same energy required for one year of non-stop streaming. This low carbon footprint means that both our developers and our players can prioritise innovation without compromising sustainability.”

Players must be 18 years or older to use Digits.