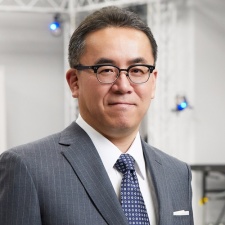 The president of Japanese publishing giant Square Enix, Yosuke Matsuda, has said that Marvel's Avengers did not meet its expectations.

The exec admitted this in the company's annual financial report, saying that it found the shift to the games-as-a-service business model had proved tricky. Matsuda does say that it will continue to explore this style of title in the future.

"I would also note that Marvel’s Avengers was an ambitious title for us in that we took on the GaaS (Games as a Service) model," he wrote.

"We overcame a variety of unexpected difficulties in the final phase of the game’s development, including needing to transition to work-from-home due to the pandemic. We were able to surmount these challenges and release the game, but it has unfortunately not proven as successful as we would have liked. Nonetheless, taking on the GaaS model highlighted issues that we are likely to face in future game development efforts such as the need to select game designs that mesh with the unique attributes and tastes of our studios and development teams. While the new challenge that we tackled with this title produced a disappointing outcome, we are certain that the GaaS approach will grow in importance as gaming becomes more service oriented. How we go about creating new experiences by incorporating this trend into our game design is a key question that we will need to answer going forward."

In November 2020, Square Enix reported a $62.7 million loss due to Marvel's Avengers underperforming. This was, in part, due to a massive and expensive marketing push for the release.