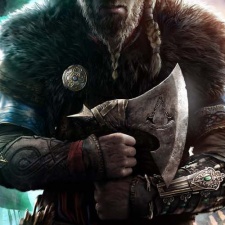 The news was announced as part of the company's financials for the six months ending September 30th, 2021, with the firm adding that Valhalla was outperforming 2019's Assassin's Creed Odyssey and generating higher levels of daily average revenue per user (DARPU).

"It was driven by the depth and the strength of our portfolio of owned IPs, including the remarkable ongoing success of Assassin's Creed Valhalla."

Ubisoft CEO and co-founder Yves Guillemot added: "The industry is thriving and quickly evolving, offering us new challenges and opportunities. Players have a deeper impact on the worlds they are engaging with, and technological breakthroughs are opening up promising new avenues. Against this favorable backdrop, we continue to invest to bring our biggest franchises and new brands to a significantly wider audience."

On its launch, Ubisoft said that Valhalla saw twice as many players on Day One as Odyssey did, before later claiming that the title was its biggest release on PC ever.

While the firm is celebrating the success of Assassin's Creed Valhalla, it does also seem that the company is still struggling to handle misconduct at the firm. Almost 18 months after that myriad instances of harassment and abuse were revealed, staff still report that Ubisoft doesn't have a handle on its allegedly toxic working culture.