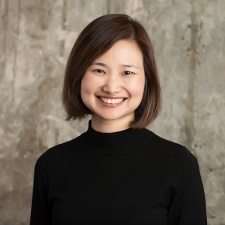 Unity announced the beta launch of its new development tool, Unity Gaming Services, today. The company behind the world’s largest platform for creating and operating real-time 3D content is expanding its list of services, allowing developers to more easily implement cross-platform multiplayer content in their games.

This new tool enables development teams of any size to integrate online features into their games with Unity Netcode and Transport. It's intended to give developers the ability to sync their game logic with Unity’s backend services without going through a heavy platform release process.

Unity Gaming Services includes a dashboard feature that enables developers to see how their games are performing while gaining actionable insights.

The platform is initially free to use, with developers incurring costs as their titles scale. Available now as an open beta, developers can use the services for projects on Android, iOS, Linux, Mac, and Windows, while console development is on an invitation-only basis.

In an open statement, senior vice president and general manager of Operate Solutions, Unity, Ingrid Lestiyo said, “Our mission is to enable success for our developers, who today are managing an increasingly complex new reality that needs to meet growing player demand for cross-platform multiplayer games and at the same time requires tremendous cloud networking expertise and presents technical and operational challenges far beyond game design itself.”

She went on to say that, “With such growing player demand for cross-platform multiplayer games, Unity Gaming Services reduces the barrier to entry for developers to launch more multiplayer games that collectively will expand the size of the industry, and titles available for play.”

Our goal is to provide accessible multiplayer technologies for game studios of all sizes, regardless of whether they have hosting/networking expertise in-house.

Q: Unity is already established as a games development engine. What prompted the addition of this new functionality now in 2021?

A: With Unity Gaming Services, our goal is to provide accessible multiplayer technologies for game studios of all sizes, regardless of whether they have hosting/networking expertise in-house.

Additionally, Unity’s various services under our Operate Solutions had only been offered as standalone in the past: Multiplay, Vivox, DeltaDNA, ChilliConnect, Unity Analytics, and several more offerings. This made usage difficult for some studios and for less than optimal performance. Unity Gaming Services comes with improved Interoperability and flexibility with all products to help address that problem.

Q: At what stage in development can these multiplayer features be implemented?

A: At any point before you launch, you can work through the dashboard and drop in our SDK to bring the requisite functionality into your game.

Q: With the popularity of the Battle Royale genre, devs are looking for increasingly large lobby sizes, can these multiplayer tools handle larger groups of players?

A: Absolutely! Our services can support up to 100 players per lobby - more than enough to ensure players can invite their friends, and then some.

Q: Does this change anything about the business model or how much Unity costs for professional games developers to use?

A: Not at all. Our pricing is transparent and available to see before developers integrate it into their game. During our open beta, all Unity Gaming Services products are free as well. And after launch, we will still provide a generous free tier. We encourage developers to check it out through the dashboard.

Q: What's next on the Unity product roadmap?

A: Today is just the beginning. We will continue to innovate and introduce new products and services through Unity Gaming Services that help our customers succeed.