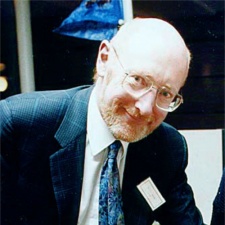 British computing icon Sir Clive Sinclair has passed away at the age of 81.

As reported by The Guardian, the inventor and entrepreneur died at his London home on Thursday, September 16th. Sinclair had a huge influence on the home computing scene in the UK, creating the ZX Spectrum line of computers, of which 1982's ZX Spectrum 48K is perhaps the best-known.

He was knighted the following year and went on to create the C5 electric tricycle and the TV80 pocket television.

“He was a rather amazing person," his daughter, Belinda Sinclair, said.

"Of course, he was so clever and he was always interested in everything. My daughter and her husband are engineers so he’d be chatting engineering with them.”

She continued: “It was the ideas, the challenge, that he found exciting. He’d come up with an idea and say, ‘There’s no point in asking if someone wants it, because they can’t imagine it.’”