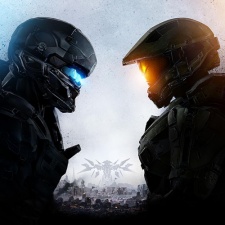 Developer 343 Industries has said that Halo 5: Guardians is not coming to PC at the moment.

In a post on Twitter, the studio's community director Brian Jarrard said that the company had "no plans" to bring the 2015 shooter to PC. This came in the wake of a leaked database of games for Nvidia's GeForce Now streaming service that the graphics giant has since said was "speculative."

"I can confirm there are no plans to bring H5 to PC," Jarrard wrote.

"We know there's some demand for it, but as we've stated before, not in the cards as the studio is fully focused on Infinite and MCC. Will never say never, but nothing underway currently."

343 is currently working on a new entry in the Halo franchise – Infinite – which is set to launch in December 2021 after a delay of around a year.

Halo 5 is currently the only numbered title in the sci-fi shooter series to not be available on PC; 343 has brought all the other main entries in the franchise to the platform via its Master Chief Collection offering, which debuted in 2014 for Xbox One and came to PC in 2019.