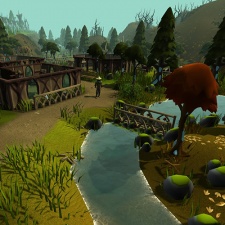 UK games firm Jagex has asked the developer of an HD mod for Old School RuneScape to stop their work.

In a blog post on its website, the studio said that it had asked the mod's creator, who goes by the alias 117, to halt work on the RuneLite HD mod, saying that it has a similar project in the works.

Jagex has said whatever it is working on is "still relatively early in the exploration stages," according to 117 in a post on Reddit. Furthermore, the company is going to be changing its 'third-party guidelines' to include any "projects and features which seek to change the appearance of the game."

RuneLite is an open-source client for Old School RuneScape, with 117's new HD mod allowing a higher level of visual fidelity for the game.

RuneLite HD was set to launch on Tuesday, September 6th, but Jagex intervened before this could come to pass.

"Yesterday we contacted the developers of known HD projects and we asked them to stop development of their projects, because this is a project we are directly investigating at Jagex," the RuneScape maker said in its blog post.

"We look forward to being able to share progress as our own in-house project with Old School's visuals unfolds."

In a post on Reddit, 117 shared his frustrations about Jagex's decisions, saying that they had spent around 2,000 hours working on the project over the course of more than two years. The developer also claims to have offered to remove his HD mod from RuneLite when Jagex wanted to release their higher fidelity version of Old School RuneScape, an offer the studio "declined outright."

"Approximately 2000 of hours of work over two years. A huge outpouring of support from all of you. I could never have imagined the overwhelmingly positive response I've had to this project.

"I am beyond disappointed and frustrated with Jagex, and I am so very sorry that, after this long journey, I'm not able to share this project with you."

Old School RuneScape is the retro-themed version of Jagex's long-running MMO which recreates the game as it was in 2007, considered by many in the community to be the title's peak.

Disclaimer: Alex Calvin is a freelance journalist who has worked with Jagex on a number of projects, including Runescape: the First 20 Years--An Illustrated History.