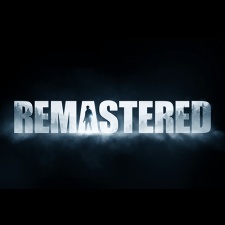 The developer revealed the news via fan site The Sudden Stop – which is a neat touch! – with a letter from creative director Sam Lake, with this new version of the horror game set to come to new consoles and PC.

Alan Wake Remastered is set to launch this autumn.

"Alan Wake Remastered is the original experience you fell in love with all those years ago," Lake wrote.

"We did not want to change that. But the visuals all around, including the character model of Alan Wake himself and the cinematics, have been updated and improved with some choice next-generation upgrades."

This news comes following a number of years of strategic change for Remedy. Recently, the Finnish developer has aimed to be more independent and less reliant on external partners and released supernatural shooter Control in 2019. Since then, the title has shifted more than two million copies.

That same year, Remedy obtained the publishing rights to Alan Wake from Microsoft, though refused to put a value on this at the time.

Alan Wake Remastered is one of six projects that Remedy has in the works right now. The Finnish studio also recently attracted investment from Chinese tech and entertainment giant Tencent.

Remedy now has six games in the works

Remedy's Alan Wake is getting the TV series treatment