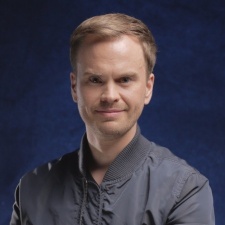 That's according to a post on Twitter from the developer's communications boss, Thomas Puha, who highlighted that the firm's chief commercial officer Johannes Paloheimo (pictured) had told investors the sales milestone in its Capital Markets Day. This is essentially an event where Remedy presented to investors, analysts and media.

November 2020 was the biggest month for Control sales, Paloheimo said. During 2019, 60 per cent of sales were digital; this year, that has shifted to more than 90 per cent.

"Control has sold over two million copies," he said. "This is a major milestone for Remedy and our partner, 505 Games. This makes Control Remedy's fastest-growing new IP since Max Payne."

Control was released in August 2019. CEO Tero Virtala has said previously that the game was developed for between €20m and €30m. That might sound like a huge amount of money, but considering the triple-A scale of the title, that's actually a very modest budget.

On PC, the Control was exclusive to the Epic Games Store, with the Fortnite maker paying the parent company of the title's publisher 505 Games – Digital Bros – $10.5m for exclusivity.

Earlier this year, Remedy reported a 57 per cent increase in revenue for 2019 thanks to Control. The title also helped Digital Bros revenue rise 71 per cent year-on-year.

At Gamescom 2019, just ahead of Control's release, Remedy CEO Virtala discussed the company's strategy in recent years. Since 2016, the firm has been trying to secure its independence, with the hope of not relying on third-party publishers.