Ubisoft pulls Might and Magic 10 from sale following DRM controversy 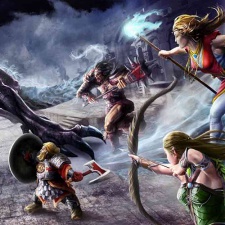 French publishing giant Ubisoft has removed Might and Magic 10: Legacy from Steam after closing down its servers earlier this year.

As spotted by Eurogamer, the project's Steam page says that the game is no longer available for sale "at the request of the publisher". This comes in the wake of Ubisoft announcing in April that it would no longer provide online support for Might and Magic 10: Legacy, but in shutting off the servers the publisher rendered the game entirely unplayable.

That's due to Might and Magic 10: Legacy requiring server-led DRM, meaning that even if someone had bought the game, they would be unable to play its single-player content or any DLC.

Rather than fixing this issue, Ubisoft has opted to just remove Might and Magic 10: Legacy from sale, which does come with the perk of consumers not buying a game they are unable to actually play, but does mean that existing users are still unable to access content they had paid for.

Recent reviews for Might and Magic 10: Legacy are "Very Negative."

Anno 1800 might not be on Steam anymore, but it’s tripled the franchise’s player count on the platform