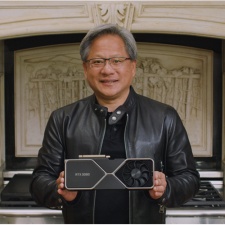 As reported by the FT, China is the latest region where the firm has requested the nod over its $40 billion acquisition of the chipmaker.

Nvidia announced in September that it intended to buy Arm, with regulators in both the UK and US looking into the matter. In the UK, the deal is being investigated by the Competition and Markets Authority, with the Department of Digital, Culture, Media and Sport intervening in the matter, citing national security concerns.

Meanwhile, in the US, companies including Microsoft, Google and Qualcomm have filed complaints about the deal citing the huge competitive advantage it would give Nvidia.

Nvidia boss Jensen Huang (pictured) said earlier this year he is "very confident" that the deal will close by the end of 2022.

"I’m very confident that the regulators will see the wisdom of the transaction," he said.

"It will provide a surge of innovation. It will create new options for the marketplace. It will allow Arm to be expanded into markets that otherwise are difficult for them to reach themselves. Like many of the partnerships I announced, those are all things bringing AI to the ARM ecosystem, bringing Nvidia’s accelerated computing platform to the ARM ecosystem — it’s something only we and a bunch of computing companies working together can do. The regulators will see the wisdom of it, and our discussions with them are as expected and constructive. I’m confident that we’ll still get the deal done in 2022, which is when we expected it in the first place, about 18 months."