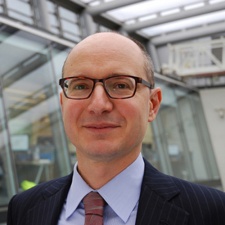 In a press release on its website, the body said that it will be investigating the impact this deal would have on competition in the UK, as well as whether the acquisition would incentivise Arm to reduce the quality of its work in order to harm Nvidia's rivals.

The investigation was opened earlier this week, on January 6th, with parties who might have insight or information into the Nvidia-Arm deal having until January 27th to submit any comments they might have.

“The chip technology industry is worth billions and critical to many of the products that we use most in our everyday lives," CMA CEO Andrea Coscelli (pictured) said.

"We will work closely with other competition authorities around the world to carefully consider the impact of the deal and ensure that it doesn’t ultimately result in consumers facing more expensive or lower quality products.”

Nvidia announced that it was going to buy Arm in September 2020 for a whopping $40bn from SoftBank. The Japanese bank bought the chip maker back in 2016 for $32 billion shortly after the UK voted to leave the European Union. This led to the country's Pound Sterling currency falling in value, meaning that SoftBank's money would go a lot further in buying Arm.