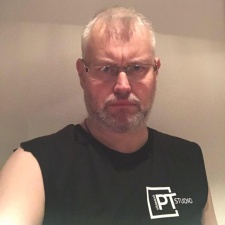 The manager of Paradox's Spanish Tinto studio, Johan Andersson, has said sorry to the Europa Universalis IV community over "a long trail of low quality releases."

In a post on the publisher's forum, the studio manager and general director said that the recently-launched Leviathan DLC was "one of the worst releases we have had."

Andersson took the fall for this poor quality, saying that the project should have been delayed until the Tinto studio had enough manpower to do the concept justice.

"We should have announced a break in the development of EU4 after the Emperor release, until we had a team ready to start designing and working early in 2021," Andersson wrote.

"We are partially changing our plans for the rest of the year. We had originally planned to fix all legacy bugs before we stop developing further expansions for EU4. Now we are accelerating these plans, and also making sure that the community will be getting them frequently."

He continued: "This is of course a rough first expansion for the team and the studio, but it's far from the end. We have recruited a set of great individuals, with a huge passion for the game, to form Paradox Tinto, giving us a bright future for Europa Universalis."

The Leviathan DLC launched on April 27th and currently has "overwhelmingly negative" reviews.

'There's room for improvement in how we present our DLC,' says Paradox