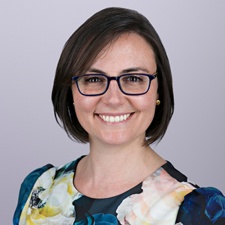 The Game Developers Conference is going to be an online event for 2021.

In a post on its website, the show's general manager Katie Stern (pictured) revealed that GDC was being transformed into a series of digital shows in lieu of the industry flocking to San Francisco. This is due to – what else? - the on-going restrictions thanks to the COVID-19 coronavirus pandemic.

Between March 4th and 5th, there's going to be the GDC Masterclass, which consists of virtual workshops about "some of the most important challenges facing game developers" at the moment. These will be led by some "of the sharpest minds" around.

Meanwhile, the GDC Showcase is going to run from March 15th until March 19th. This will feature lectures and AMA – ask me anything – events, among other content. Finally, Stern says that it will be hosting a "traditional week-long" GDC event between July 19th and 23rd online. The exec admits that the organisers did consider an in-person event at the show's traditional Moscone Center home, but decided against this.

"Going into 2021, we still have many unknowns, but we have been able to look at the year ahead and reimagine how we can serve the game industry," Stern wrote.

"Our goals are largely the same: providing resources and great content as well as networking and discussion platforms to connect the industry. But the new constraints around in-person gatherings and travel also brought creativity, and we have been able to develop new formats, and new ways to offer content and community support throughout the year.

"So, as Game Developers Conference celebrates its 35th edition this year, rather than pack everything into one week, we are hosting a family of GDC events that will deliver high-quality, curated content in more flexible and accessible ways online, as well as designing events that play to the strengths of virtual conferences, including more fluid networking and matchmaking opportunities."

Streaming, Epic, first-party support and Linux: Here are the biggest trends from GDC 2019