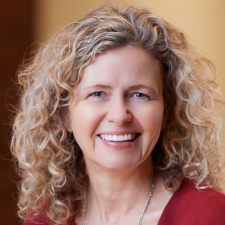 The CFO of engine specialist Unity, Kim Jabal, has said that its "real competition" comes from developers and publishers that still run their own tech.

Speaking to GamesBeat, the company's finance boss was asked how she viewed competition in the engine space, Jabal also pointed out that Unity powers more mobile games than Epic's Unreal Engine, as well as boasting a "very large" market share in console and PC titles.

"But our real competition is actually businesses that still have their own home-grown tech. They’re building and maintaining their own technology. You saw our market share of the top 1,000 games. We have 71 per cent. The next chunk of market share is China. Epic has a very small percentage of mobile. In other areas, like console and PC, we have very large market share there as well.

"They have a big name because of Fortnite, and they’re a great business. We respect what they do. They do compete. They’re going after automotive and film. We see them in those areas. But I personally like our positioning in that our sole mission in life is to make creators and developers more successful."

War of words heats up between Unity and Improbable