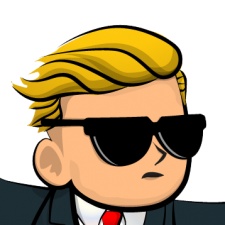 There are at least three adaptations of the story of GameStop and WallStreetBets in the works.

Deadline reports that there are three projects in development that we know of. MGM has landed the rights to a book proposal from author Ben Mezrich dubbed The Antisocial Network, which would tell the story of the Reddit users who took on Wall Street. Mezrich is best known for The Accidental Billionaires: The Founding Of Facebook, a Tale Of Sex, Money, Genius and Betrayal which was adapted into The Social Network.

Netflix is also getting in on the action, with Deadline also reporting that an untitled film is in the works from The Hurt Locker and Zero Dark Thirty screenwriter Mark Boal. Finally, Deadline *also* reports that a TV series called To The Moon is apparently being developed by production company Pinky Promise.

Tankhouse director Noam Tomaschoff is attached to write this project.

“I’ve worked in finance and witnessed these hedge funds gleefully profiting off the backs of struggling companies and ordinary people without a second thought” he Tomaschoff. “This diverse and dynamic people’s movement to hit big money where it hurts is unprecedented and inspiring to anyone who dreams of changing the world. I’m excited to partner with a wide range of those involved to craft a story that captures the swashbuckling dedication of the normal people who banded together to beat the bad guys at their own game.”

This comes in the wake of GameStop stock surging in the last few weeks. The retailer's share price closed at $225 yesterday.