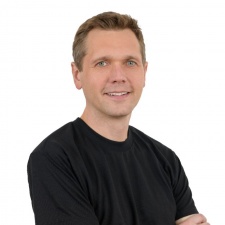 US retailer GameStop has reported a rather impressive set of financials for the second quarter of the 2021/22 fiscal year.

The firm says that it saw a 25.6 per cent increase in net sales year-on-year for the three months ending July 31st, 2021, which translates to $1.183 billion. GameStop has also reduced its net losses to 'just' $61.6 million, down from the $111.3 million that it reported just 12 months earlier. In its release. the company says that it has no long-term debt either, save for a $47.5 million loan that it owes the French government.

Newly-appointed GameStop CEO Matt Furlong (pictured) has said that the reason for the company's seemingly renewed financial health is its shift into ecommerce. The firm has opened a brand new fulfilment centre for online orders in York, Pennsylvania, which is apparently already shipping goods to customers. Meanwhile, it has signed leases on facilities in Reno, Nevada and a customer care site in Florida.

GameStop has also reduced its store count around the world by "roughly" nine per cent.

Rather hilariously, GameStop has updated the Risk Factors reported in its 10-Q filing with the United States Securities and Exchanges Commission to include the unpredictability of its stock, which "may continue to be volatile due to numerous circumstances beyond our control." That is, of course, a reference to the antics of the WallStreetBets subreddit and the day traders it has inspired.

Net sales down 27% at US retailer GameStop