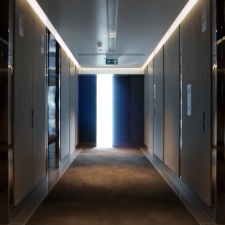 Microsoft's Ninja Theory is apparently aiming to make the setting of its upcoming Project Mara as realistic as possible.

In an update on YouTube, the studio's co-founder and chief creative director Tameem Antoniades said that the game's art team attempting to make its one location – a flat – as detailed as possible.

“Project Mara is a very special project for us because although it’s quite a concise project, we’re attempting to do lots of things that we’ve never attempted before,” Antoniades said.

“One of those things is to capture reality obsessively, so the game is set in one location, an apartment, a real-world location, and the art team’s goal is to recreate this apartment perfectly.”

Project Mara was announced 12 months ago in January 2020 and is being developed alongside the studio's other announced title, Hellblade 2. The game is focused on creating a "real world and grounded representation of mental terror," which sounds rather similar to the studio's Hellblade, which attempted to recreate mental health disorders such as psychosis.

Microsoft bought Ninja Theory in the summer of 2018.

Ninja Theory: Online games culture doesn't have to be toxic and angry