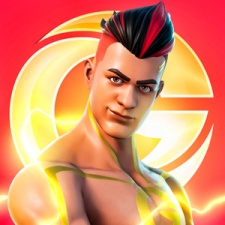 Streamer David "The Grefg" Martinez has shattered the record for viewership on Twitch.

As shown by analytics platform Twitch Tracker, the personality hit a peak of 2.47 million viewers earlier this week when he was revealing the new Icon Series skin that had been added into Fortnite.

That's more than double the second-highest-ranking channel – esports organisation EleagueTV – and almost four times more than the next biggest individual streamer, Ninja, who boasts a record of 616,693 viewers.

At the time of writing, Martinez has 6.31 million followers on Twitch.

“One of the big takeaways of TheGrefg’s stream is that it illustrated the global appeal of the medium,” the CEO of streamer platform StreamElements Doron Nir told IGN.

“All of the major live streaming platforms have sizable international bases, but having a milestone like this set by a Spanish language streamer helps put a spotlight on the broad appeal of the industry.”

The Icon Series of skins was introduced into Fortnite in January of last year, starting with Ninja.