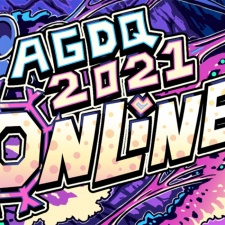 Awesome Games Done Quick 2021 starts this weekend on the Games Done Quick Twitch channel. The speed-running event will feature some of the best players in the world trying to slash through classic and modern games, all in the name of charity.

The recipient this time round is the Prevent Cancer Foundation, with a hundred percent of every dollar raised going direct to the charity.

Some interesting interactive features have been added to the event to give it a bit more spice. If you're watching on the GDQ website you can use Twitch emojis to make the audience of Velocities (GDQ's mascot), cheer the runners on.

Games Done Quick has already earned over $28 million for charity since it first started in 2010. Its last event, which was held physically and online back in August raised $3.16 million.

You can find the full schedule for Awesome Games Done Quick 2021 right here. The Twitch page for the event, which is sponsored by Twitch, The Yetee, Fangamer, NIS America and Devolver Digital, is here.