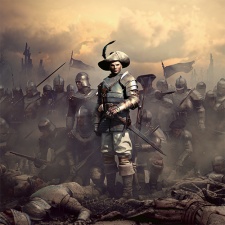 Action RPG GreedFall has shifted more than one million copies since its launch last year.

The news was revealed in a release from publisher Focus Home Interactive, who has also reached an agreement with developer Nacon to publish future content for the title. This includes "additional content" and an expansion, as well as versions of the game for the recently-released PlayStation 5 and Xbox Series X and Series S consoles.

Taking to Twitter, the RPG's official Twitter account said: "GreedFall has sold over one million copies worldwide. Thank you so much for making the journey this incredible."

GreedFall launched in September 2019 for PC, PS4 and Xbox One. Following its release, Focus Home revealed that the game's "very high performance" was partly behind a 135 per cent increase in revenue for the second quarter of its 2019/20 financial year.

For the quarter ending September 30th, 2020, Focus said that GreedFall was one of a few titles that was behind an 81 per cent increase in back catalogue revenue. The game helped make €26.7m ($32m) for this part of the publisher's business, alongside Farming Simulator and World War Z.

Vampyr has sold over 450,000 copies in its first month