Chelsea Blasko steps up to co-CEO role at Iron Galaxy 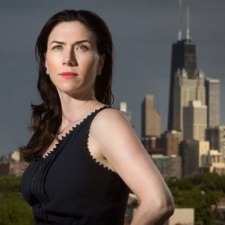 She will be working alongside the developer's current CEO, PlayStation vet Adam Boyes. Blasko has worked at the company for ten years now, having started out as a senior producer back in 2010.

Since then she has risen through the ranks, holding director of production and product development roles, before becoming chief product officer in 2016. At this point, she bought into the company, too, becoming a partner, rising to the role of chief operating officer in 2017.

Meanwhile, Iron Galaxy has hired David Dague as its head of communications. For the past nine years, he has worked in comms roles at Destiny maker Bungie.

Apparently, Iron Galaxy is working on a new "multiplayer melee combat IP" for both PC and consoles.

"Despite the myriad challenges presented by the pandemic, Iron Galaxy continues to grow," said Blasko.

"The studio has expanded from 140 to more than 175 people this year. Our supportive work-from-home culture ensures our staff feels cared for and valued as individuals. Our focus on creativity, communication, diversity, and inclusion has helped us attract and retain the best talent in the business."

Boyes added: “David had an amazing run at Bungie. I had the pleasure of working with him on Destiny’s launch when I was at PlayStation. He has built world-class teams and we couldn’t be happier about having him join our studio to lead the communications function at Iron Galaxy especially during the development of our new IP.”