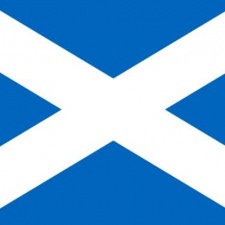 The number of people employed by the Scottish video games industry increased by 17 per cent in a year and a half.

That's according to data from UK trade body TIGA, which reports that between November 2018 and April 2020, the region's games industry employee count rose from 1,537 to 1,803 people. The number of companies in the country also saw a rise from 84 to 96 in that time frame.

“Employment in the Scottish video games industry grew by over 17 per cent between November 2018 and April 2020. Growth in headcount has been driven in part by inward investment by several major overseas companies, such as Epic and Unity; partly by strong growth in Scotland’s larger studios; and partly by a spate of start-ups," said TIGA CEO Dr Richard Wilson OBE.

“Scotland represents the fourth largest games cluster in the UK. Scotland has a critical mass of experienced games developers; renowned universities preparing skilled graduates for the games industry, including TIGA Accredited Abertay University; and supportive agencies including Scottish Enterprise and Creative Scotland. The UK Games Fund is also based in Dundee.

“We can ensure that the environment for the Scottish games industry remains favourable for growth in three ways. Firstly, by enhancing Video Games Tax Relief, a measure which effectively reduce the cost of games development. Secondly, by introducing a Video Games Investment Fund (VGIF) and developing the UK Games Fund to improve access to finance. Thirdly, by continuing to strengthen industry-university links, enhance skils and training and enable UK games companies to recruit highly skilled workers from the EU and beyond.”