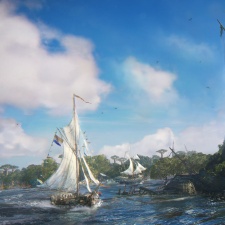 French publishing giant Ubisoft has announced that its new IP Skull & Bones has had a change in direction.

In a blog post, creative director Elisabeth Pellen said that we shouldn't be expecting the game to show up at the today's Ubisoft Forward event. The title has been delayed due to Skull & Bones becoming bigger and more ambitious in scope.

"Many of you have been wondering why we’ve had to postpone our launch. The answer is that we simply needed more time. We dreamt something bigger for Skull & Bones, and these ambitions naturally came with bigger challenges," Pellen said.

"These difficulties resulted in necessary delays for our game. Critical questions needed to be addressed over the past several months such as: how do we modernise the classic pirate fantasy? How do we ensure a more immersive and visceral experience? How do we create cool and memorable moments in-game? For most of these questions to be answered, it was clear that we needed more development time.

"As Skull & Bones evolved from its original idea to what it is now, it was also necessary to have some fresh eyes join the team. I was one of those people when I joined as Skull & Bones’ creative director a little over two years ago. I have been part of the game’s core team that leads many of the talented developers at Ubisoft Singapore. Since then, many new talents have joined our global crew."

Ubisoft’s Serge Hascoet: “You know what is missing in this industry? A soul.”