EA is being taken to court over Ultimate Team loot boxes 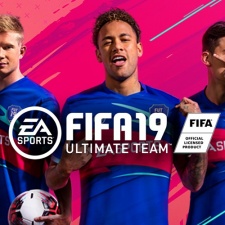 US publishing giant Electronic Arts is facing a class-action lawsuit which claims that the Ultimate Team modes in its FIFA and Madden games break California gambling laws.

As spotted by VGC, the case was filed in the state's Northern District Court last week, with plaintiff Kevin Ramirez demanding damages of $5m. There are more than 100 other plaintiffs in the class.

Ramirez himself has spent over $600 on loot boxes in Ultimate Team for both FIFA and Madden.

In the filings, also seen by PCGamesInsider.biz, the lawsuit claims that "EA relies on creating addictive behaviours" in users in order to "generate huge revenues," just like tobacco firms did back in the day. The suit also says that Ultimate Team packs are reminiscent of slot machines and are designed to "create addiction."

It also makes reference to Belgium blocking the sale of loot boxes and the report from the UK's Digital Culture, Media and Sport select committee from last year, which said the government should regulate loot boxes as gambling. Research conducted for the European Union said that the business model should be a consumer protection issue rather than gambling.