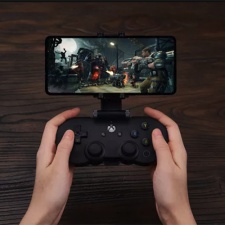 Microsoft is rolling out a brand new controller designed for using its Project xCloud streaming service on mobile devices.

As spotted by The Verge, the Big M has teamed up with peripheral maker 8BitDo for this bit of hardware that is apparently set to launch on September 21st. It works via Bluetooth, with a rechargeable battery lasting around 18 hours depending on use. It also comes with a clip with which you can attach the device to phones.

Microsoft has officially licensed the Xbox controller and is trying to make sure it works well with its xCloud streaming service.

The Big M revealed its plans for a streaming service in October 2018. The firm started testing its platform in the US 12 months later, before adding additional games to the service in the months since. xCloud was made available in Canada in January, with a Western European launch announced in April 2020.